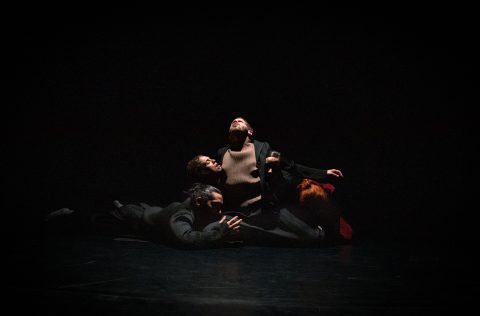 To seem without imitating, to appear without forgetting.

Carnivalesque stage of life, weight of appearance and implacable judgement of aspects.

What woman were you?

What woman are you?

Appearance as a possibility for the future.

August 2020. We are in the centre of Allariz, specifically at the crossroads between the streets of La Cruz and Fonteiriña. In front of us, a striking photograph dated 1925 and by Manuel Riesco. In it, a group of women, dressed in the uniforms of two football teams: Arnoya de Allariz and Celanova, with a defiant and serious attitude, in the belle époque style, under the caption "Women's football team on the old Vilanova pitch".

Apparently, we were before the first record of a pioneering futfem team, a black and white image, belonging to the Municipal Archive of Allariz, where these 12 women appear dressed in football uniform posing in formation.

The image seems immensely beautiful and it is hard to stop thinking about the history that must lie behind it:

Who were these women?

What became of them?

What happened in that match?

Faced with these questions, we begin - with no turning back - an immersion into the curiosities of these feminised and as yet undiscovered journeys of life.

Colectivo Glovo was founded in 2016 under the direction of Esther Latorre (Spain) and Hugo Pereira (Portugal), creating a creative space where both performers and choreographers develop their most imaginative side together. Based in Galicia since 2019, they work in the creation of the scene for both theatres and non-conventional spaces, as one of their main objectives as a company is to increase the dimensions of the scope of the dynamics of the body. Glovo admits its passion for the language ...