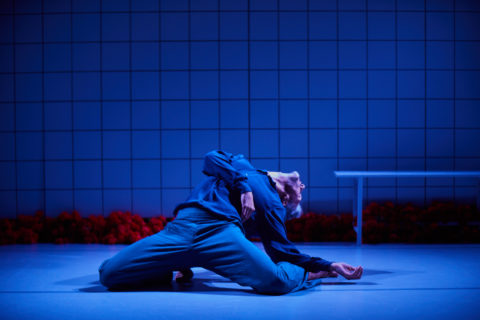 Project Larrua is a Contemporary Dance company directed by Jordi Vilaseca and Aritz López based in Vitoria-Gasteiz. Choreographically and dramaturgically, the company has a personal vision on how to combine physicality and emotion and how to stage it, using elements of the audience common imagination and contemporaryizing them. The result of this personal vision are the choreographic pieces that are part of his repertoire, and that have been represented in the Basque Country at festivals such as Dferia, the International Festival of Vitoria-Gasteiz or Bad Festival, among others. At the national level he has been part of important programs such as Madrid en Danza, Mes de Danza or Cadiz en Danza. On the international scene, it is worth highlighting the participation in festivals such as the Costa Rican Performing Arts Festival (Central America), Fest’arts (France). The company’s repertoire covers different specialties:
-For urban and unconventional spaces the piece Larrua, (Emerging Company Award at Umore Azoka 2016), Ozkol and Idi-Begi (Awarded at the MasDanza festival).
– For Theaters the production Baserri (Candidate for 3 Max Awards), Otsoa (Candidate for 5 Max Awards) and the recently released Ojo de Buey.
These pieces have been part of different circuits such as Red Sarea, Platea, A Cielo Abierto, Red de Navarra and in the catalog of the Community of Madrid.

Larrua does not want to function only choreographically but wants to address fields such as training. The result of this is its LarruaLab program, a contemporary dance seminar in Vitoria.

Mediation is another important field for which the company is committed. That is why the company collaborates with different audience programs with which they work hand in hand with the theaters to generate an audience and bring dance closer together. 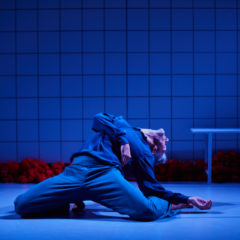