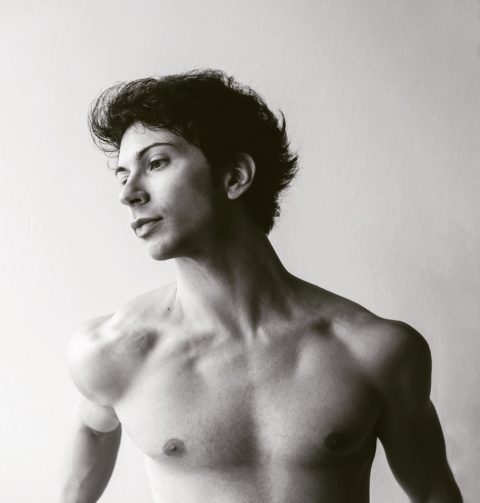 Matteo Mascolo was born on the 29th of December 1990 in Milan and he started to approach dance in 2010, at the age of 19. He began his professional training at M.A.S. Academy in Milan, where he graduated with a BA in Professione M.A.S. in 2017. Meanwhile, he participated in many other training projects in contemporary dance and at the end of 2017 he moved to New York, as he got accepted upon audition in the Fall Study Program to study the Humphrey/Limón Technique with the Limón Dance Company. From 2018, he continues to deepen this technique, combining it with his natural movement and Gaga Technique. During the first quarantine, he lived in Lanzarote (Canary Islands), where he created and won the video contest Crea en casa, organized by the Culture Area of Lanzarote’s Local Government (Cabildo). This video received considerable media attention and it was spread also by the Cabildo itself, which then invited Matteo to the Festival Suelo y Aire, where he had the opportunity to debut with his first solo Movement Happens in Waves. Recently, he has presented a solo inside the Cicatrici Event, at the Triennale of Milan. Moreover, he won the open call for the Festival A Due Voci, in which he presented his solo I demoni di Nietzsche (Nietzsche’s Demons), exploring the Humphrey/Limón Technique in a contemporary way and investigating at the same time the dichotomy between the Apollonian and Dionysian, a philosophical and literary concept, based on ancient Greek mythology. Actually, he is teaching Humphrey/Limón technique, contemporary and he is the founder of the Lanzarote Summer Dance Intensive.