The union of Marco Vargas and Chloé Brûlé is characterized by a shared understanding of the “baile flamenco” as dance. They are keenly interested in telling and sharing stories, expressing their concerns by narrating them in movement, and seek continual enrichment for themselves and their collaborators.

In 2005 Marco Vargas and Chloé Brûlé come together to create “LAS 24”, and they have since developed a lasting and deep artistic relationship.

After touring more than 20 Spanish and European cities with “LAS 24”, they debuted their second show “CUANDO UNO QUIERE Y EL OTRO NO…”, with the collaboration of the singer Juan José Amador, in July 2006 at the Theatre in the South Festival in Palma del Rio, where they were awarded prizes for Best dramaturgy and Best sound space, besides receiving the prize for the Most innovative show at the Aragon International Theatre and Dance Festival.

They continue their creation work and presented in the Bienal de Flamenco de Sevilla 2008 “TI-ME-TA-BLE, o el tiempo inevitable”, with pianist Diego Amador, getting with this work the prize Giraldillo Award for innovation, and the prize Escenarios Award Sevilla 2009.

The fourth work of Vargas & Brûlé “¿HACIA DÓNDE?” premieres in Cadiz in November 2008, within the programming of Cadiz in Danza.

In 2011 they presented “TRIPOLAR” at the Teatro Central of Seville, in the cycle Flamenco Viene del Sur.

In September of 2012 they presented “COLECCIÓN PRIVADA” at the Bienal de Flamenco de Sevilla.

In November 2012 their last show “POR CASUALIDAD” is presented during the Mes de Danza of Seville.

Meanwhile, the progression continues in movement … 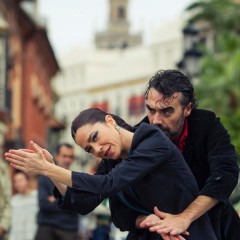 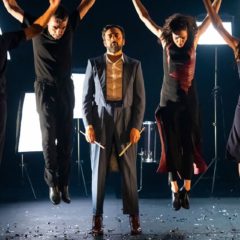 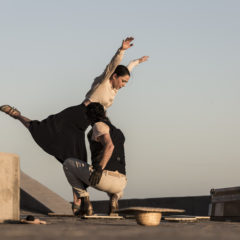