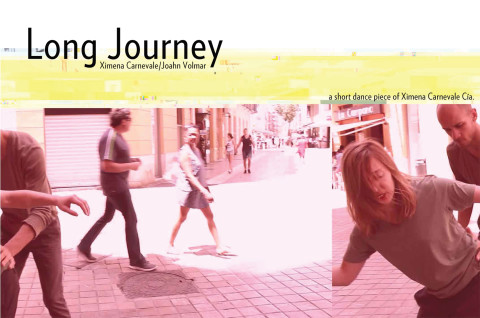 Two ways of staring at the eyes, four hands feeling sensation. One hundred people breathing in unison to an inner ear... as many as strangers lend themselves to the intense game of meeting. Turn that emotion into action, close your eyes and wait for the night in this long journey.

Formed in 2012 from the hand of dancer and choreographer Ximena Carnevale and Dj/Producer kitty soul. As a creative team, they factured scenic contemporary pieces under one premise: dance permeability with other disciplines. They produce and conduct their own works and collaborate with choreographers and scene directors in other people’s creations. They join with Oigovisiones Association to aim to a common target, spreading their interest and reflexions about contemporary culture through Innercia Platform. With Joahn Volmar emerge a new space to investigate movement and physical work which first step is this short piece.