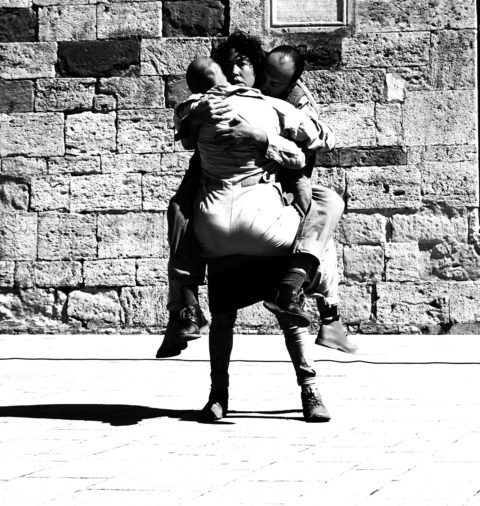 We are living in a evolution-regression moment today. We have adopted new tendencies
trying to get back to the traditional and more ecologic systems, the authenticity and true
identity, in response to the over explotation of resources. There is a need to face the
authenticity of the things, to meet with what makes us feel alive and in contact with the
nature.
Labranza is the new project developed by Colectivo Lamajara, run by Daniel Rosado,
Reinaldo Ribeiro and Paloma Hurtado. From these artistic group meeting, it comes the
restlessness need to question themselves where the essence of movement should be
found, through this new project inspired by the country-side tradition. Labranza uses the
magic of those peasants, as a working progress tool, which through their body language
and movements done on the earth already inspired by writer Muñoz Rojas in his poetry
and paintings of French artist Jean-François Millet.
Labranza Project is the reflexion of the common thing, of the daily, the authentic, the
people, the identity, the countryside stories, the deep countryside, its culture, the harvest,
the fallow, the tradition, their laughing and hopes and the contemplation. It is a reflexion of
the landscape, its people and their tasks full of vitality. The project expresses itself full on
content and it holds by stories of yesteryear, which moves the entire environment, in an
easy way, and makes it authentic.