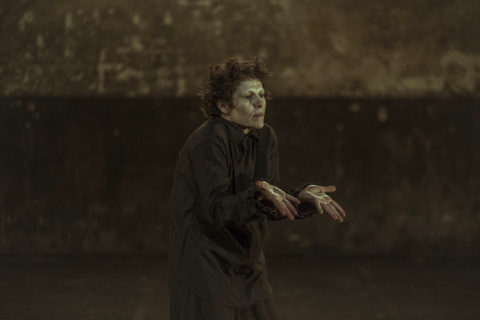 The Errancy (A Mirror in which we see Ourselves) is a short work which can be performed in conventional as well as unconventional spaces, performed by three dancers with live music played by a trio of percussion, voice, and violin.

The work brings together archetypes of our stories, fables and songs, like Niña Trampa, Tía Miseria, or Mariceniza, accompanied by original compositions also inspired by our folklore.

With this work we investigate concepts like the straying from ones path, the feminine figure in the oral tradition and in the amoral and savage story of humanity: folklore as resistance to the domesticfication of the civilized world. The counter history, one that is sung rather than written.