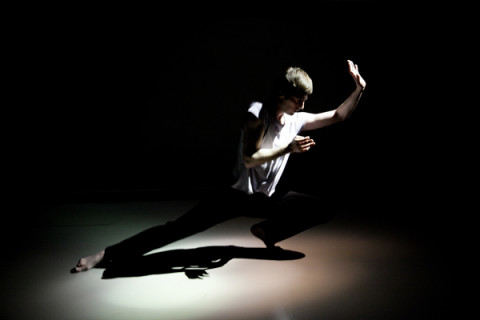 He conducts a research project based on an epistemological perspective around the arts of movement, breaking away from conventional speech and its different scopes. He focuses on writing, performative conferences, plays accompanied by workshops and work groups, activation and development of research groups and laboratories, as well as complementary workshops in universities and seminars. However the main driver and catalyst of his artistic work are his performances. Lighting technician Octavio Mas, and Sabela Mendoza as a mediator bring along their sensitivity and knowhow.

Martín started his career as a resident artist at the Galan Theatre in Santiago de Compostela in 2005, while he was also a student in Chemistry, specialising in quantum mechanics. Since then he has managed to present over 30 pieces, such as método negro (black method, 2018), la exforma (the exform, 2017), control (2015) symptoma (symptom, 2016, in collaboration with the Russian piano master Oleg Karavaichuk). His works have been presented in Spain, France, Russia, Portugal, Mexico and Ukraine. Researcher, speaker, essay writer, he participated in a wide array of conferences about the performativity applied to non-specifically artistic environments.

He was recently appointed artist-in-residence at: L’animal a l’esquena, in Girona; EIRA in Lisbon; Kannon Dance House in St. Petersburg; Centro de Danza Canal in Madrid; MUN Museo Universidad de Navarra in Pamplona, Spain; or Teatro Colón in A Coruña, Spain. His last projects and works have been presented at: UNAM and Museo del Chopo in México City; Alexandrinsky Theatre in St. Petersburg; GogolFest in Kyiv, Ukraine; CCCB in Barcelona; Theatro Circo in Braga, Portugal; Centre Pompidou in Málaga; Reina Sofía Museum of Contemporary Art in Madrid; Sorbonne-Nouvelle University in París, Azkuna Zentroa in Bilbao; Centro Párraga in Murcia… amongst other theatres and art centers, receiving the support from several entities such as European Cultural Foundation, INAEM Ministry of Culture of Spain, Acción Cultural Española AC/E, Instituto Cervantes, CGAC Centro Galego de Arte Contemporáneo etc. He has worked with artists from different fields such as the Russian musician Oleg Karavaichuk on the Symptom project, or photographer and filmmaker Tono Mejuto in the dance film Qviasma. In 2017 the MUN published Javier Martín. Cuaderno de creación, the first monographic catalogue on his work. In 2018, his most recent work método negro (black method) had its premiere in Spain, a stage piece mixing performance, installation, dance, action and research. 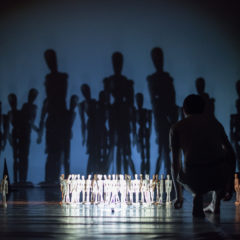 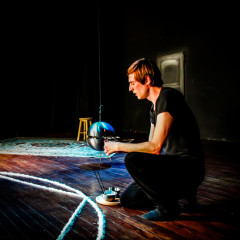 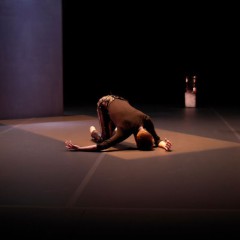 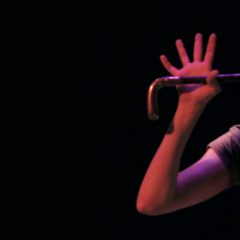 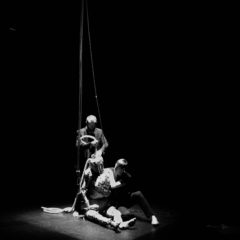