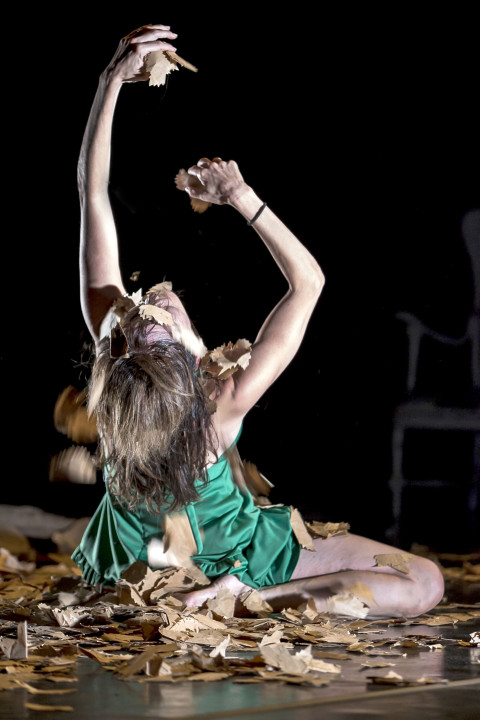 I have never liked the literary reliefs that usually the synopsis are. So I would like to be direct, as direct as I wanted it to be “Hora de Cierre” (Closing Time)

This show began to take shape in my head not in a really poetic way; but  filling the “Mother’s profession” box in an inscription from my son’s school. Dancer? …

What is it supposed that I am now?

This thought and a quote from Graham, where he speaks about the double dancer’s death “More than any other human being, a dancer dies two deaths: the first, physic, when the body powerfully trained doesn’t reply as it would be expected.” were shaping the idea of ​​this Solo.

Dancing preserves a kind of mental and physical youth, a voluntary stay of a fresh body, and a kind of negation of time. Certainly it represents a struggle against death, against the decrepitude of age.

“Hora de Cierre” (Closing Time) is a celebration of maturity and reconciliation with what I am now.

Dancer, choreographer, graduated in Art History from the University of Seville. Trained in the Dance Center of Andalusia and the London Contemporary Dance School, she has danced in noted companies on the national scene as 10&10Danza, Cía. Metros,  L’anónima Imperial, among others, as well as in productions of Ramón Oller, Emio Greco y Nigel Charnock. Her first creation as choreographer was "La camarera de Eduardo" directed by Juan Dolores Caballero, after this one, it came "Corso di seduzione" and "Amnesia". Isabel Vazquez is enterprising in several educational and scenic projects as the Center ...
+ info