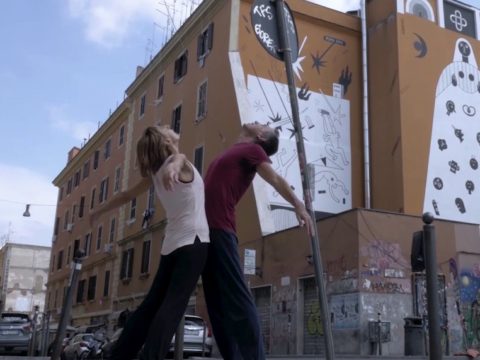 ES.ARTE is the identity mark of two national and international performing arts, dance, multidisciplinary and audiovisual cultural companies. Since 2004, it has developed a current proposal for artistic production and cultural promotion, with its own productions and collaboration synergies, social commitment and innovation…

In 18 years we have produced more than 50 stage shows. Since 2013 we have produced contemporary dance, with titles such as «DIARIO DE UNA PÉRDIDA«, «3MUJERES«, «MARZO10 NY» or «IA, LA EDAD POSTHUMANA«, which have had international tours. In our career, highly relevant stage works have also stood out, such as «GOLDBERG«, «ÚTIMA TRANSMISSION«, «In the dark heart of the forest«, «DON JUAN«.

Likewise, we work in national and international ARTISTIC MEDIATION and have collaborated in DANCE and FESTIVALS projects, together with companies such as the Italian Atacama, Cie Twain, Art-Garage, E-motion, Cie Francesa Selva; the Mexican Andrágora, the Portuguese Cíe Danza Almada, or the Spanish LarumbeDanza, Titi Flores Flamenco and Gala-Mathews.

In 2017, the LDC FESTIVAL – A Place to Share (https://festldc.com) is launched, an international, transversal and diverse dance Festival. He assumes the direction of production and co-manages with EnClaveDanza and Culturia Innovation. The Festival has counted on its 5 editions with the institutional collaboration (Ayto. de Madrid, Comunidad de Madrid, Ministry of Culture, SGAE, Emprendo en Red, Academia Artes Escénicas de España, among others)

In 2019 we produced the documentary feature film DANZANTES (https://esarteycultura.com/project/danzantes/), by the academic and director Juan V. Chuliá, with 12 international AWARDS, 5 FINAL, +40 SELECTIONS… and 8 ACADEMICS in the Team. Recorded in 8 COUNTRIES and 14 locations.

Among our latest ACHIEVEMENTS in production:
– In 2021 we have received the IBERBIBLIOTECAS Research Award, with the “Major Networks” project, a program of the Ibero-American-Cerlalc-UNESCO General Secretariat.
– In the audiovisual field, we have premiered 2 important works at Festival 66SEMINCI 2021: the short film “Frugal” and the feature film “Halffter, 90compases”.

ES.ARTE ( https://www.linkedin.com/in/esarteycultura/ ) has received continued SUPPORT in its history from calls for grants from the Ministry of Culture, the Community of Madrid and the Board of C&L, and has obtained Outstanding awards for its shows and RECOGNITION to the company, such as the initial Chivas Telón Award Nomination – 2006 Best Theater Producer in the REVELATION section.

The director of Es.arte is María J. Gómez, an academic from the AAEE of Spain (https://academiadelasartesescenicas.es/maria-allas/), has multidisciplinary training and started very young in the field of programming, production and management of festivals and projects cultural, audiovisual and tourist, while it has continued to acquire training and experience. Her participation in national and international events has been continuous.
In 2004 he launched ES.ARTE, together with other partners, as a label for artistic production, promotion and management of cultural projects, AAEE and management.
Later, he developed the MARIA ALLAS artistic representation label and opened a new line of audiovisual production development.
She worked for 6 years as Head of the Programming and Promotion Area of ​​the Fundación Siglo para las Artes and previously in the DG Tourism and Heritage of the Board of CYL and in the EIB.
Since 2017 she has been the director of production and co-founder of the LDC Dance Festival “Place where to share”. 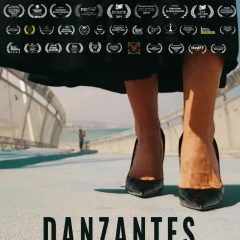 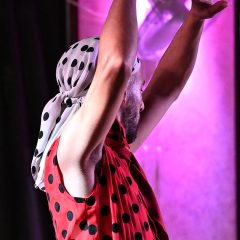