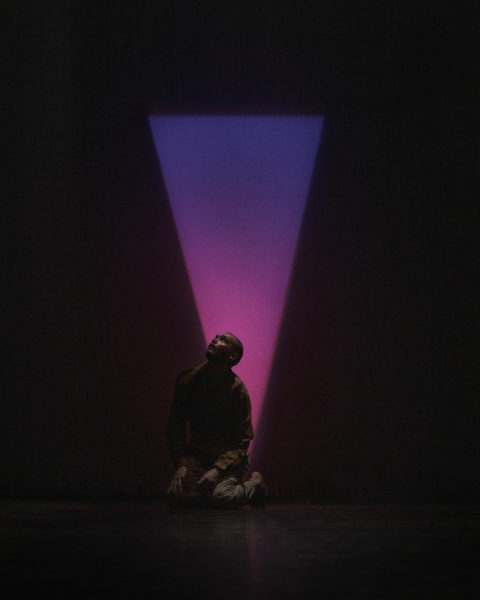 Change the mechanics: look into the mirror and recognise ourselves instead of observing distorsion, stop fighting against to start to fighting towards, being to fly with our feet on the ground…

Frontiers are invisible lines we can cross with our mind. In this show, those lines draw a sky that connects with imagination, making life a dream and the dream a life. It’s a descent to personal hell – that are most likely universal – through the limits of the body itself that will drive us, along with the light and sound environment, in a journey that fluctuates between weight and lightness, between the social and the personal. Isn’t it the same after all?