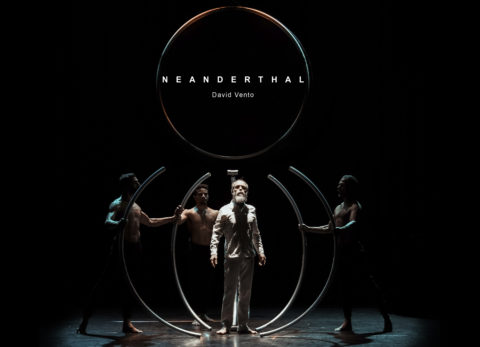 David is a multidisciplinary artist, director and choreographer who focus his work on dance, physical theater and circus arts. As a performer, his multifaceted background led him to work from Cirque du Soleil to big opera productions. He handles the circus elements of the Cyr Wheel and Breaking with virtuosity. The latter inspires the common language in all of his creations.

He regularly works as a dancer and actor in opera productions at Teatro Real of Madrid with directors such as Romeo Castellucci, Deborah Warner, Claus Guth or Robert Wilson. He has been working assiduously with Wilson since 2016 and he is part of Turandot Opera cast, which is currently on a world tour. Since 2004, he is a founding member of the pioneering Breaking company in Spain, Circle of Trust & Logela. In 2018 he received the first prize both in the Urban FACYL International Competition and in the Young Creators Contest in Madrid for the short piece Indala, which evolved into his first complex theater-dance work: Neanderthal. He received the FETEN2020 award for this creation. In 2015 and 2016 he was a finalist in the Contest of New Theatrical Researchers of Atalaya-TNT.
He was alumni in the artistic creation program Watermill Summer Program: a laboratory for performance, at The Watermill Center, New York, where he began to work with Robert Wilson. David won the award as best dancer in Danza en Valores 2016 festival. In 2015 he was a resident at the Mediterranean Dance Center, in Croatia. The same year he directed the urban dance and Circus creation Circonnect presented for World Circus Day at the Gayarre Theater in Pamplona.

David worked with many dance companies and directors as Dani Pannullo Dance Co., Camille Hanson, Rojas y Rodríguez or Rafael Amargo. Among his works in the field of circus highlights Aurora del Circo de Bakuza and La Vie, shows represented in Toronto in 2012. In 2008 David takes part in The Awakening of the Serpent by Cirque du Soleil. 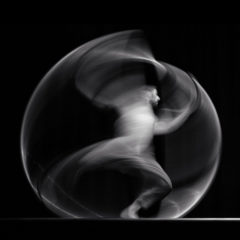 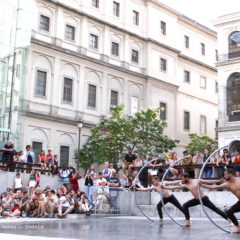 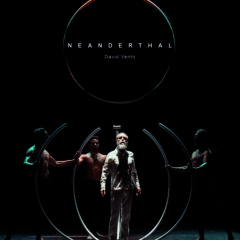