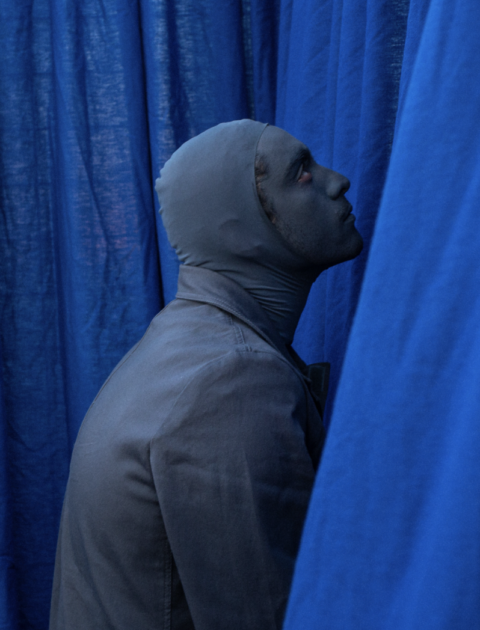 The title of the piece is indicative of its conceptual universe: the physical and mental limits that constrain the desires for fulfillment shared by all human beings.
The dance assumes a certain narrative character and presents us with a community of beings confined between four walls, bound to a social pact, but, most of all, to unearthing freedom in their heart of hearts.
The essential reference is the universe of Juan Muñoz, the Spanish artist who passed away a year after receiving the Premio Nacional de Artes Plasticas, in 2001. In short, we can say that Cul de Sac “exports” the sculptor’s imagination, infusing his lead gray, monochromatic figures with life, and imbuing the tensions between individuality and society suggested by his installations with movement.

With its attractive mixture of registers and styles, and its nods to narration and the dramatic arts, Cul de Sac is the ideal piece
for bringing modern dance to the general public, and for radiating Juan Muñoz’s legacy both in and outside of Spain.

Its influence has been demonstrated thus far by the shortened versions of this project that have been performed in Sens (France), Pamplona and at the Teatro Circo in Murcia, where critics emphasized the proposal’s audacity and competence:
“A breath of fresh air, imaginative, charismatic and with great depth. Tight and with no cracks”.
Cul de Sac has been made possible thanks to support from the Les Synodales Festival in Sens, located in the Bourgogne- Franche-Comté region of France.