The Antonio Gades Foundation has made the maintenance of the work and style of the choreographer on stage, one of the main workhorses and it devotes much of its efforts. Ten years after the passing of the master, the company that bears his name remains a major pillar of Spanish and flamenco dance, and reference to a way of doing that has been established as classic.

Based on the legendary choreographer’s repertoire, although open to evolution, boasts a private school defined by the teacher, that unlike other Spanish formations. At present the company mixes several generations of artists that allow direct transmission lines that characterize the gadesiana school: an aesthetic and refined language, while rooted in the traditions and culture of the Spanish people.

Gades made of Spanish dance a universal style with a wide expressive capability that lets you take without words, to all corners of the world, classics of world literature as Blood Wedding by Federico Garcia Lorca or Fuenteovejuna of Lope de Vega, without forget Carmen signed by Carlos Saura and has remained as one of the approaches of reference of this myth as Spanish as universal.

Artistically directed by Stella Arauzo, who for many years was his partner on stage, and technically by Dominique You, hand right and illuminating much of his works; the company is now composed of people who worked a long time with the Alicante teacher, helping new members in the internalization of its aesthetic and ethical philosophy applied to dance. Their shows, presented with rigor, talent, depth conceptual unity and demanded Gades, are perhaps the most effective way to spread the dimension of his art.

This work, next to which is made from the Archives of the Foundation is enabling today new generations of dancers know the legacy and the figure of Antonio Gades and within its philosophy a cause that allows them to discover the “why I dance. ” As he said: “Dance is not over, but what is between steps.” 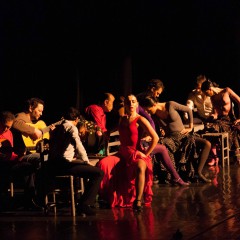 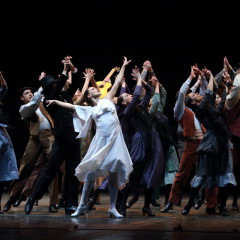