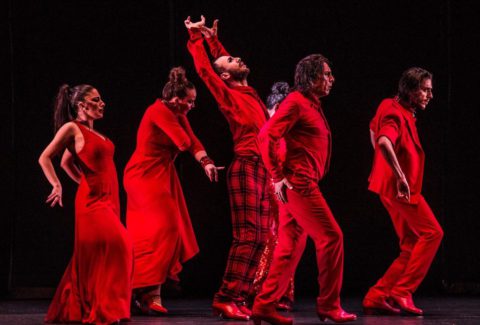 As of 2004 he begins his journey as director and coproducer of his own shows along with Manuel Liñán (“Dos en Compañía”), Manuel and Olga Pericet (“En sus 13”, “En clave”) or Olga and Daniel Doña (“Chanta la muí”, “Complot”, “Recital”). For more than six years they toured their projects, being present in many reputable dance and flamenco festivals around the world.

In 2010 he starts his solo career founding his own company. Cía Marco Flores premieres its first show “DeFlamencas” at Gran Teatro de Córdoba. In 2012 they are given the Specialized Critics Award at the Festival de Jerez. That same year he presents his second production “Tránsito” at Teatros del Canal in Madrid as part of the Suma Flamenca Festival. With “Tránsito” he tours around Spain and Europe (Germany, Belgium, Sweden, France…) at important venues such as: Dusseldorf Tanzhaus, Mercat de les Flors de Barcelona, Teatro Bretón in Logroño, Festival d’Étè in Toulouse, etc.

In 2013 he combines the tour of two of his productions  with other shows, such as the Festival de Jerez Opening Gala with the show “Las cinco estaciones” along with Blanca del Rey, Olga Pericet and Mercedes Ruiz.

His next production, “Laberíntica” was premiered at Teatro Cervantes as part of the Bienal de Arte Flamenco de Málaga. Laberíntica was also performed at the Festival de Jerez 2014,  and in other international dance festivals such as Kuopio Dance Festival (Finland). “Laberintica” was the show that opened the third edition of Festival Flamenco Madrid (2017).

In 2015 the company premieres “Paso a Dos” at the Festival de Jeréz, where Marco Flores and Olga Pericet are the protagonists of this show, performing in many important venues like London Sadler’s Wells Theatre.

In 2016 “Entrar al Juego”, Flores´fifth solo production, premiered as part of the special programming of the XX edition of Festival de Jeréz. He is joined by very prestigious guest artists Carmela Greco and Alejandro Granados. ¨Entrar al Juego¨ was the opening show at the 30th Flamenco International Festival in Albuquerque (USA, 2017)

In 2017 MARCO FLORES DANCE COMPANY becomes Company in Residence at Teatros del Canal (Madrid) where they premiered their latest show “Fase Alterna” along with dancer Sara Cano as guest artist.

In 2019 he present “Origen” with the award-winning reference harpsichordist Ignacio Prego.  Their project, premiered at the Aranjuez Early Music Festival, take us into a fantasy world wich early music and flamenco dance go hand in hand. “Origen” was also presented in Teatros del Canal, during the Festival Internacional Madrid En Danza 2020. Flores has won the Max Award for Best Male Dancer 2020 (National Performing Arts Awards in Spain) for this project.

Nowadays Marco Flores tours around Spain and abroad with his productions. He also choreographs for many artists and companies. He recently choreographed for Olga Pericet´s dance company, and also for Ballet Nacional de España in “Alento y Zaguán”.

Marco has been awarded with the following prices: 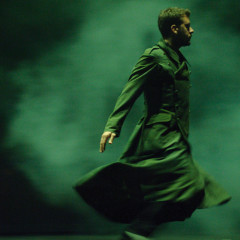 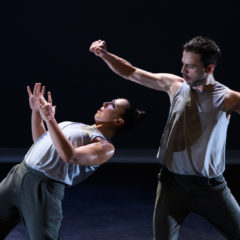 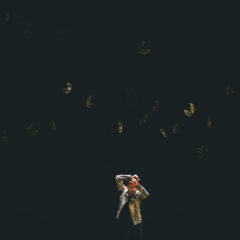 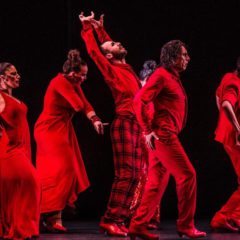 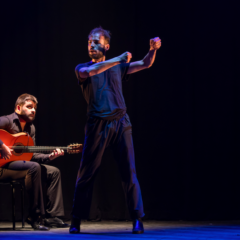