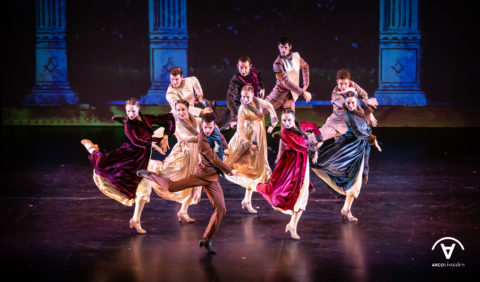 More than 25 years of hard work are a testament to Iberica de Danza’s prestige. It was founded in 1993 by Manuel Segovia, winner of the National Dance Award for Creation in 2001 and the Villa Madrid Award for Choreography in 2004, and Violeta Ruiz del Valle. The hallmarks of this company are research, innovation, and spreading the heritage of Spanish dance. It is a resident company in Las Rozas, a suburb to Madrid.

The company recently held the opening night of their performance Figaro, the Barber of Seville, a four-act ballet using both techniques from the comedy of arts and Spanish dance in its ensemble. Currently, they are touring with Romero de Torres, an elegant performance inspired by the oneiric world of the emblematic Cordoba painter; and Celtic Iberian Circus, a multidisciplinary performance for the whole family in an incredible mix of six musicians performing live Celtic music, dance, circus techniques, all with a subtle taste of soul, jazz, and rap music.

Performances in 2018 included HISPANIA TRIBAL [‘Tribal Hispania’] performed with the Eliseo Parra Band, DULCE CANTINELA [‘Same Ole Sweet Song’], a neo-folk street performance, and FOLK OUTSIDE EXPERIENCE, a performance including a musician, a sculptor, a poet, and a ballerina.

In 2016, they performed SPANISH NIGHTS WITH ZARZUELA [zarzuela: Spanish operetta’]  on the occasion of the European Capital of Culture held in Wroclaw, Poland, in a stadium in front of 30,000 spectators with 500 artists on stage. In the same year they also staged KLEZMER IBERIAN CIRCUS, a multidisciplinary performance with live music, dance and circus.

Previous productions in 2015 include CARMEN VS CARMEN and ALUMBRE [‘Alum’], with the Eliseo Parra musical group, a regular guest performer with the company.

In 2013 IBERICA, 20 YEARS OF DANCE, was awarded 5 NOMINATIONS FOR MAX AWARDS. 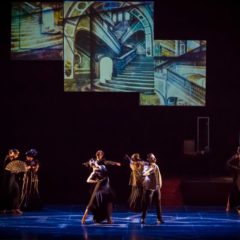 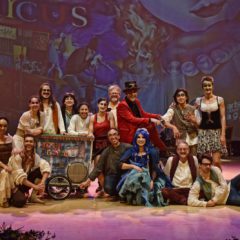 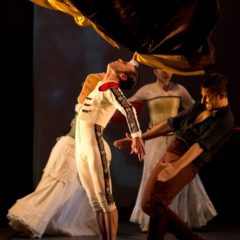 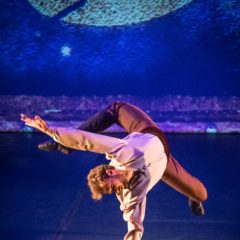 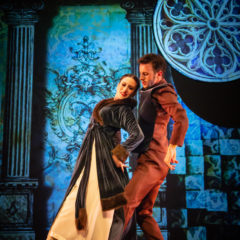