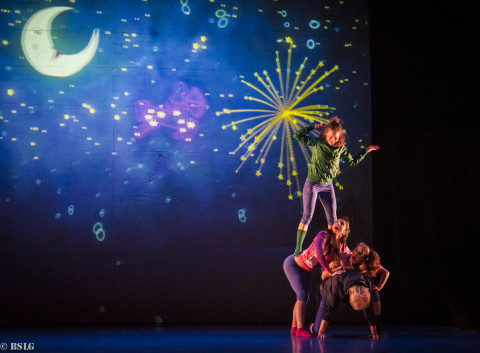 It is an innovative and multidisciplinary show inspired by the tales and legends of the original peoples of Mexico and Chile, in which the interactivity between dancers and 3d projections permit the spectator to immerse himself in the thousands of stories told with a contemporary aestheticism and narrative. The dancers interact with the virtual scenography through the projection of the stereoscopic 3D images, thus the spectators go to the theatre but they see a play with 3D glasses as if they were in the cinema.