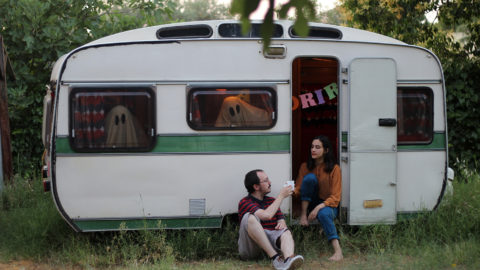 ALF revolves around the idea of disappointment, reflecting the thread which spreads from starting expectations to final results; a thread which seems to be able to stretch out to infinity but also can be as breakable as the thinnest shit of glass. In order to extrapolate this concept to their field, the performers search for natural reactions to unexpected interruptions, and dig into their memories, recovering absurd or significant disappointments both from their childhoods or from their recent pasts, watched on TV or first-hand experienced. Movement material emerges from the search for textures and contrasts, always trying to put improvisation and choreography together and pushing the body towards a conflict zone. The resulting atmosphere lies between pastel colours and total darkness; between childish fears and rational fears, drinking slightly from 90s television references.