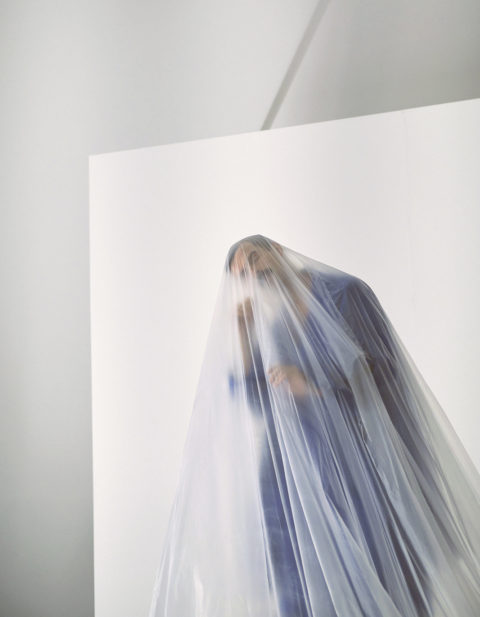 Zeitgeist arises from our artistic practice’s approach to the museistic environment, the showroom, the white cube.

We understand the white cube as a refractant space, which reveals every trick and helps to transcend the obvious.

During this process we seek to generate micro-fictions whose articulation will result in emotional spaces, modeling probable universes.

We confront the culture of saturation, where visual excess turns images into “fast food”, with variables such as the body, induced to a state of subtlety and fragility, or the ephemeral and deceleration, that facilitate inhabiting these sensorial spaces.

We propose to occupy these emotional landscapes to recover the time each image needs in order to be able to perceive and give its value to that thing behind that thing that goes unnoticed.

In this “game” the observers decide where to focus their gazes, how to contemplate the happening, using their time and freedom to submerge in the aesthetics put into action.

We were invited by the dance and performance program La Cresta in TEA Tenerife to develop an artistic residency during the month of July 2020. The sharing of this process resulted in the action we called Zeitgeist.

the company would like to thank Carlota Mantecón, Gilberto González, Estefanía Bruna and TEA Tenerife.

Cía. Javier Arozena Javier Arozena Cía. is the creative tandem of choreographer and perfomer Javier Arozena and the architect Gino Senesi. Our process is directly or dialogically connected with choreography, performance and physical theatre by exploring its relationship with the viewer and investigating ways in which the the space of representation is continuously put into crisis. We seek for the best support, format and formula for each piece of work, linking the various disciplines and bringing our proposals out of the conventional stage spaces, looking for a personal scenic code as well as new ways to express ...
+ info