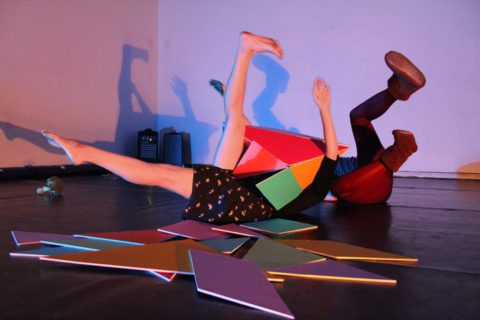 Silvia/Ilivas/Vilasi/Aivlis/Visali/Lisavi/Lasvili has just collapsed after performing a vigorous choreography during two minutes and twenty-three seconds, but Alberto/Bertola/Lorbeta/Trabelo/Orbalte/Albreto/Tablero has the solution: a ritual show in three phases which hardly ever fails.

Every time we start a new creative process, we find ourselves spitting out hazy ideas while trying to stay as clear-headed as possible. We see Tangram as a means to find some order in chaos, allowing ourselves to face work as if we were playing with a certain number of pieces which can define an infinite number of shapes. Pursuing this idea, we start from seven composition and improvisation guidelines, so we can research on the results obtained from different permutations of creative elements in front of an audience.