The “Rita Clara” Company is a flamenco dance company founded by the flamenco dancer Rita Clara and the guitarist Jesús Rodríguez. Their shows merge dramaturgy and avant-garde choreography based on flamenco classicism.

“Amanecer flamenco (Flamenco dawn)”, “Música y Danzas de la Frontera (Music and dances of the frontier)”, “Nana para despertar (Lullaby to wake up)” y “Flamenco sin más (Flamenco no more)” are shows that have been shown not only in Spain, but also in Europe, Iberoamerica and Japan.

All of them share the same idea: To bring Spanish culture closer to popular audiences with the music and  dance as guide and flamenco as universal and half-caste language, born of the people and open to harmonies of the most diverse peoples of the world.

“La Dama Blanca (The White Lady)”, their nineth show, is an allegory about the drug drama, which had never been addressed on the flamenco dance: A young dancer, seduced by a mistery woman, dances with her and ends up possesed. To the beat of the guitar, cante and percussion, the lady and the young dancer dance the dream and the nightmare of drug environment with the strength and tear of the flamenco.

The Rita Clara Company wants to bring to all audiences the world of the music and the flamenco dance, a universal language born of the fussion between East and West, which proves how tolerance between different cultures is the best way for paceful coexistence among the peoples of th world.

As Michael Walzer said once: 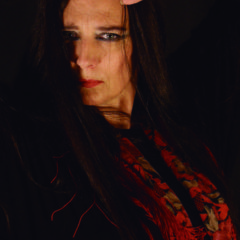