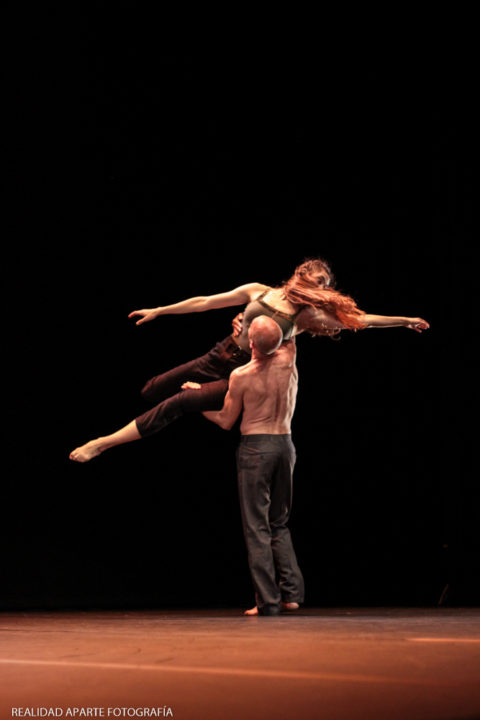 Dance to the menu

We can adapt to your scheduling needs. We can suggest different combinations of inclusive contemporary dance pieces of short duration. You can organise your event selecting from one to seven performances, how you please.
A new way to programme shows:

Awards: Three awards in the Choreographic Contest District Tetuán (Madrid), prize to her Better Choreography of Spanish dance. To Vanesa Aibar as Better ‘ excellent ballerina ‘ and the prize Space of Creation ‘Silvestre La Muela’.
IDA ( DEPARTURE )
Choreographer: Patricia Ruz
Performers: José Manuel Muñoz and Patricia Ruz
Premiere: Festival Escena Mobile 2014
Indoor show
Synopsis: They eed from the cold and they decided to walk in search of the sun. “Departure” is a story about desolation. Dedicated to all those who decide to travel in the hope of nding a better place. It is part of everyday life.

NADA ME DICE NADA ( NOTHING TELLS ME NOTHING )
Choreographer: Antonio Quiles
Performers: Antonio Quiles and Daniel Parejo + Special Gwest
Premiere: Festival 10 Sentidos, Valencia (Spain),
Street show | Theatre
Synopsis: Three people are on the world stage, they meet, discover and recognize their similarities and dierences. Three ways of being, behaving and feeling, that are dierent and equal. Three that are three and they are one, and they could be 20 dierent people. Where to put the emphasis?
Outstanding performances: ProteArt (Moscu), Fringe in El Matadero (Madrid), Bremen (Germany) and Osnabrück (Germany).

The Company Danza Mobile began its professional career in 2001 with a reference in the field of national and international inclusive contemporary dance Since the first staging, more than 30 shows with which more than 600 representations have been made, forming part of national programmes such as 'Danza a Escena' and 'Platea', 'Enrédate' circuit of the Junta Andalucía, Circuito de Artes Escénicas de Castilla-La Mancha, Circuito de Network of Theatres of the Community of Madrid, CIPAEM of the Provincial Council of Seville, etc, as well as events and festivals such as the Barcelona Forum, Music Festival and Dance ...
+ info