Founded in 2019, Eduardo Vallejo Pinto’s company currently ranks as one of the new proposals of the local scene with more consistency. The research work of the movement of its Director as a choreographer is developed through a research methodology that delves into the body’s own innate code. This unique code sees the possibilities of development through the technical as development framework, is based on the recognition of the same individual, its limits and potentialities. The assimilation of the technique and physical exhaustion will give the possibility of generating a process of unconscious creation.

The company brings together a team of performers from diverse backgrounds such as Spain, Italy, Japan and United States, which highlights the technical basis of dance, an intense physicality and the development of characters based on the psyche of the performer. Within the company is dominated by the use of classical and contemporary technique. Finally, the theatrical aspect is important within the work in the company in the development of each piece.

At the same time, the company has an own production company, Batbox Productions, which allows great freedom and autonomy in developing their productions. It is composed of a team of collaborators from different disciplines: audiovisual, photography, graphic design, sound design, lighting design, design of scenery, costume design and makeup, performance coaching, production, Press and communication and, finally, online marketing.

This team of professionals has helped the company quickly establish itself as one of the new proposals of contemporary dance in the local scene, without leaving aside its first steps at the national and international level.

Achieving a full absolute with the premiere of its first piece of long duration in Madrid in November of 2017, has dedicated the following year to consolidate the work of company and the creation of various parts of different format for an own repertoire. That effort gave fruit to obtain various aid to creation and residences for their projects.

In this way, the company has received the support of the community of Madrid, Centro Cultural Conde Duque (Madrid), Centro Danza Canal (CDC) and Compañía Nacional de Danza (CND). 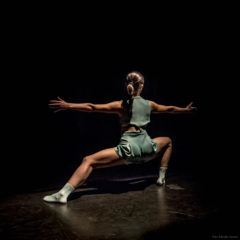 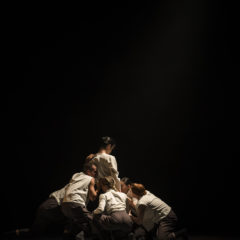 No Time to Rage