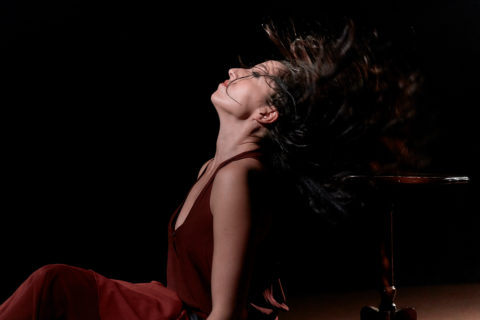 Nora is based on the play A Doll´s House by Henrik Ibsen. Through the language of dance NORA deals with themes such as the search for one’s own identity and the freedom of the individual.

In the course of the plot, an internal struggle between herself and the established norms makes Nora realise her life has been an act to please other people and to fit into the world where she has had to live. The tension within her finally unleashes her true personality she has hidden within; this results in her total rupture with the surrounding world. She accepts the consequences and embarks on a new, unconventional way of life.

The adaptation of A Doll´s House to a dance language permits us to revisit it through a current perspective; it also enforces the key message, and enables a greater diffusion transcending language barriers.

“The review of the main character of ‘A Doll´s House’, from a current point of view deepens into a debate that is more present than ever: the place of women in our society. The language of dance allows us to see Nora -and her rejection of the place given to her- from an emotional and sensitive perspective, freed from the intellectual discourse that usually accompanies her”- Antonio C.Guijosa.

* In the live version of Nora los Solos de guitarra played by David Torrico are composed by himself:
– In the scene “Un día Genial”, the Awakening
– In the scene “Viaje a Italia”, the Maternity
– And the “Despedida” Scene

Rajatabla Danza is Esther Tablas’s creational platform. Esther Tablas is a choreographer and dancer in constant search of a unique language combining the traditional character of Spanish dance with her possibilities of creative change. Esther Tablas aims for a versatile dance where the performer is an all-embracing artist. Music, images, light and movement should all go hand in hand to express and thrill. The creator constantly researches about choreographic facts to such an extent that every new performance is an artistic and technical challenge ...
+ info