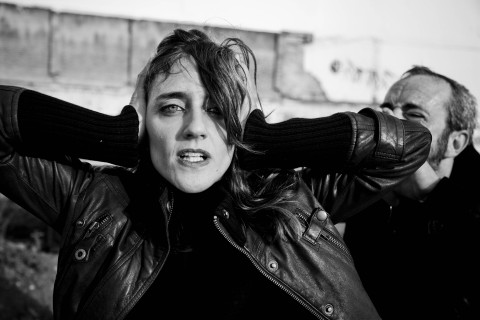 In June 2001 she carried out her first dance work for the opening day of the International Dance Festival of  Itálica.  She has continued her career as a choreographer mothering works like: “He disappeared into complete silence”, premiered in “ Mes de Danza”  International Contemporary Dance Festival of Seville 2004;  “Todo esto pertenece a un monstruo” (“All this belongs to a Monster”), produced by the Espiral de Danza Production in partnership with Teresa Navarrete of  “Erre que erre”.  This performance was shown in the yearly festival “Huellas, Danza en Paísajes Insólitos 2005”;  “Try to be happy” which was premiered in CAS (Art Centre of Seville) and was one of the performances of “En Danza Itinerante” programme in December 2007, this performance was also shown in some other festivals like the “Dansa Valencia”one.

Since 2007 she has been working as a performer and choreographer in performances by Guillermo Weickert such as “Go with the flow” with music score by the Portuguese musician Vitor Joaquím.  Such projects have been subsidized by the Department of Culture/Instituto das Artes of Lisbon along with “O espaço do tempo” and premiered in the CCB of Lisbon in February 2007.

“Life is not” is the second part of this Project but the production is Andalusian and it was premiered in the CAS of Seville in February of 2008, as part of the programme of “En Danza Itinerante”.

“Contra ruidos y vibraciones” (Against noise and vibration) is a street performance which was shown in process during the Festival Mes de Danza 2009 and which was premiered in the Cádiz en Danza Festival in May 2010.

“Días-pasan-cosas” (Things-happen-on-Days), was premiered in Montemor (Portugal) in February 2010 and in the Teatro Central of Seville in March 2010.

Currently she is working with some other creative artists like Rocío Sánchez, with who she has the project called “I’m bored” that has been shown in Palma del Río Festival (Córdoba), in the International Street Theatre Festival of Valladolid and the Santo Domingo Theatre Festival in the Dominican Republic.  “I’m bored” has recently been appointed by the board of  AECID to participate in a Latin American tour  in Mexico and Guatemala.  At this moment, she’s working in a new project with the visual artist, Rocío Sánchez called “Alégrame el día”.

Along with the French dancer and choreographer Emmanuelle Santos she is working on a project called “Bad News”, which was shown still in progress in the Centro de Arte de Sevilla as part of the programme of the Festival Mes de Danza 2009 and in Toulouse in March 2010. 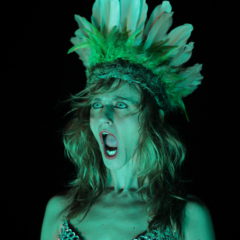 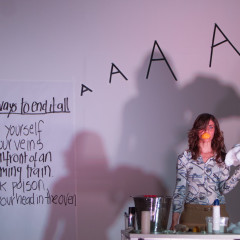 An easy way to end it all 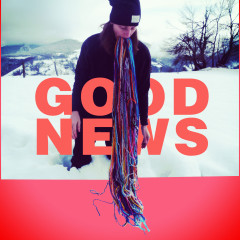