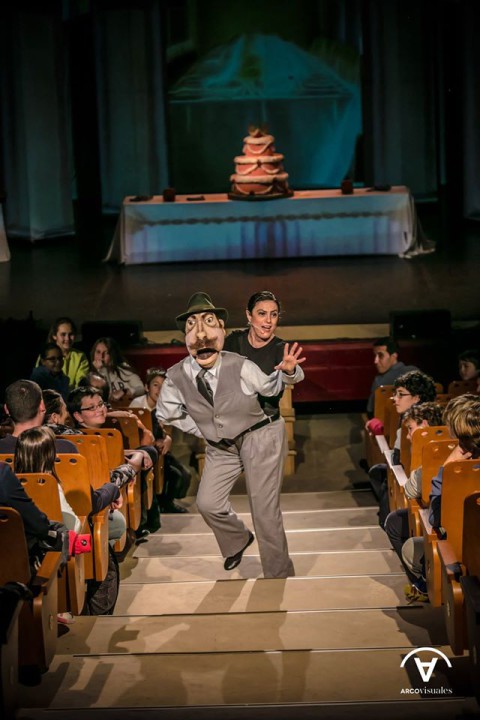 Through this performance we delve into an exploration of our history approaching those young people who were important in their contribution to humanity. A careful multidisciplinary show, didactic and fun, reaching harmonious synergies combining puppet theatre, live music, dance and an attractive scenography, where both young and old can enjoy learning.

The plot develops from the character of Moses Ben Maimonides, born in Cordoba on the 30th of October 1138, in the bosom of a distinguished family, who is emphasised in the Jewish history of Al-Andalus, and of humanity in its various facets: sage, thinker, doctor, rabbi, theologist, and philosopher, who left an indelible trace of knowledge. In his plays the effort to harmonise faith with reason and religion with philosophy is shown.

Tolerance, effort, dedication, enthusiasm, even in difficult times, the value of faith and generosity in sharing knowledge, are the underlying values of this performance.

The action develops as of Maimonides’ journey without return, a virtual journey where we tour the places the character lived: Cordoba, Lucena, Almeria, Fez, and Saladin’s Court, Egypt where he dies yearning to see his birthplace, and it is his spirit who appears to take us to the Jewish Quarter in Cordoba to aid those in need of his wise advice.

Maimonides, Rabbi, judge, sage, maestro, and doctor are seen expressed in three stories, appearing in Esther’s house, on the day of her sister’s Jewish wedding, where he shows his great wisdom through music and dance:

-With the story of the egg he advises the Young Esther

-With the story of the greedy Ben Osher, he imparts justice

-And finally we get to know his greatest adversary, doctor Abasi, when he intends to help the bride.

We close our eyes and let our imagination fly away.

Iberica de Danza Company More than 25 years of hard work are a testament to Iberica de Danza’s prestige. It was founded in 1993 by Manuel Segovia, winner of the National Dance Award for Creation in 2001 and the Villa Madrid Award for Choreography in 2004, and Violeta Ruiz del Valle. The hallmarks of this company are research, innovation, and spreading the heritage of Spanish dance. It is a resident company in Las Rozas, a suburb to Madrid. The company recently held the opening night of their performance Figaro, the Barber of ...
+ info