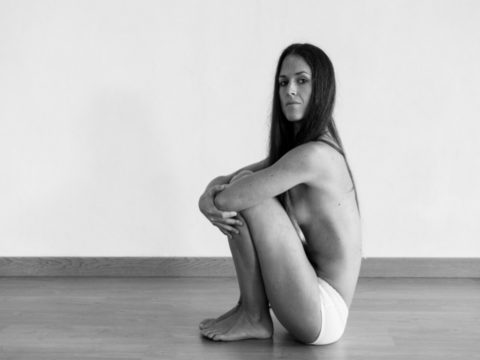 Creative processes of body and movement based on the Flemish root

Insatiable researcher of the Dance-Movement and its repercussions on the groups of the population that practice it. Doctoral student at the University of Medicine of the ULL (La Laguna, Tenerife) where she is developing her research thesis about the Benefits of Dance-Movement Therapy within groups with some type of physical or mental limitation.

Educator and creator, Obdulia Bustos was born in Malaga in September 1984. With only 4 years she started her first steps and turns around Dance and graduated in the Superior Dance Conservatory in Malaga in Spanish Dance and Flamenco with only 15 years old (1999).

Her artistic career begins early on stage, but that impels her with great inspiration in her first creations. In 2001 he moved to Madrid to continue his training with great dance masters such as Aída Gómez, Paco Mora, Antonia “La Truco”, Eloy Pericet, Azorín and Domingo Ortega among others.

At the same time, he began courses of Interpretation and Contemporary Dance with Fernando Hurtado and Amalia Cabeza; contributing a deep reflection to the artist with respect to her Dance.

He has collaborated with great Spanish Dance Companies, touring national and international stages. She moved to the island of Tenerife at the end of 2002 where she developed her most artistic career at Carmen Mota’s Dance Company (Dancer and Soloist, until 2015). The artist is restless and is always in movement; her dance training is continuous during these years and she has great references for her as: Javier Latorre, Merche Esmeralda, Eva “La Yerbabuena”, Nuria Leiva, Antonio Najarro and Rocío Molina among others.

He combines education by giving workshops and workshops from 2005 to the present. As of 2018 he took the direction of the NOVAE hall, Co-working space for the Performing Arts and Dance in Santa Cruz de Tenerife; where he intends to give dance movement to the Capital, being also a member of the PiedeBase Association.

Parallel complements his academic training: CAP (Pedagogical Adaptation Course) at the University Malacitana 2004/05. She was graduated in Nursing 2007/2010 and carried out an Expert in Mental Health (2013) by the UNED; where he starts his first research on Dance-Movement Therapy and develops them in practice on the island of Tenerife, in the Association ASPERCAN (Association of Asperger Syndrome in the Canary Islands) after the completion of his Master in Management, Quality and Research in care for Health at the University of La Laguna (2014/16).Research is the basis of science and the development of any discipline; and specifically the Dance needs more expert researchers on the subject.

Choreographer and avant-garde dancer, Obdulia Bustos is a young artist with a great professional and artistic shoot; he takes care of his learning to renew and develop his new Dance, always with respect and starting from the deepest roots of Flamenco and traditional Spanish Dance to lead to alternative creative processes adhering to the contemporary era in which he finds himself.Innovate, move, reflect, educate and above all play, are some of the goals of the artist. Defend a multidisciplinary work where all resources can be valid if the focus and projection are correct.Its processes are elaborated from the delicacy and subtlety because it is not necessary the constant provocation of the public, but the “veracity” with which you transmit your dance. 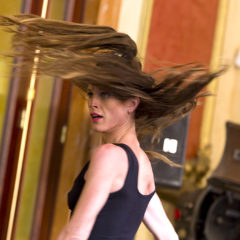 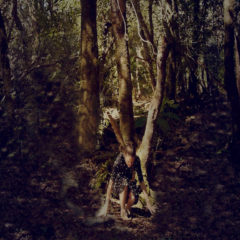