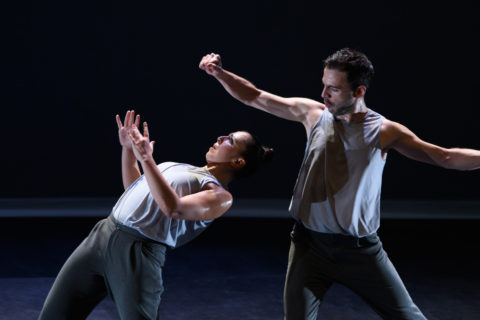 FASE ALTERNA originates in the performer´s body.  It is focused on observing how the interaction with the different sound, scenic and dance spaces and their rotation influence and transform it. This changing and random journey will bring to light new shapes and emotions throughout the show, always free to interpretation.

This time MARCO FLORES comes up with a more open and abstract piece, which contrasts with the concept line he used in his previous works.

In FASE ALTERNA the story unfolds through the performers´ own narrative: their integrity to relinquish their alleged artistic identity. Everyone in their own capacity takes on new shapes that will arise according to the environment in which they are.