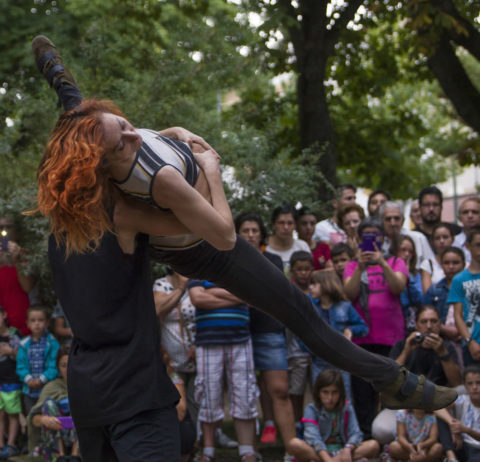 ‘Miradas’ is a street and non-conventional space performance with languages merged from break dance and contemporary dance. For the youth and general audience

“Eyes meet at a distance, fleetingly, time stops; the rumour remains silent and words tune into that frequency which only the soul understands. That is how a story begins.”

All the moments of our lives pass by the looks, the eyes of all the others. Looks connect at those places where we meet, where we become spectators, or where we are the protagonists.

We live in a time where looks are the key to many of the things we find and our look is our main catalyst. It is the best developed sense, without it, we would be lost; we even live and desire just through our look.

In many cases this look becomes a place of desiring what is not ours.

Study 3: ‘Looks’ tells a story that everyone can relate to, and even if you can’t, this look takes you to meet that someone else, if only, through the power it exerts.