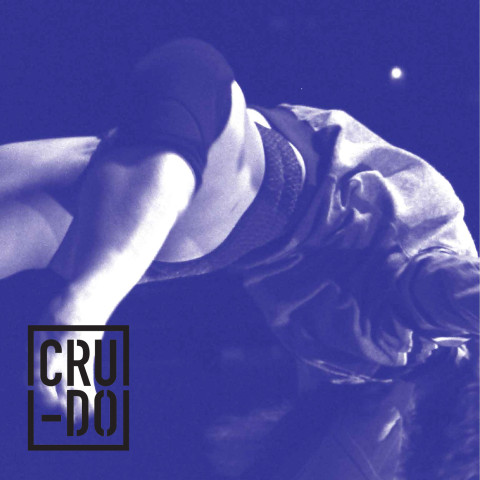 CRUDO was presented during the entire month of March 2014 at Sala Gades of Málaga, within the programming of the season 13/14 of the Teatro Canovas dependent of Junta de Andalucia.

Programmed within the XXXII Theatre Festival of Malaga.

CRUDO is useful to fall down at a bar. We are all prepared for a party with clowns. The spectator is noise and we’re colors and a caress in the ear. Starting today, that you look your own absolutely, you’ll never be a hero. Only will remain someone with a micro in the bath when the naked body, the flesh, the black hairs and the red heels do moisture in the walls. And you’re taken to look your cell from boredom so much & you start to feel hunger… Steel makes us dance up to sweat. We have dirty knees & toes in our mouth. We dance because we don’t know about silence. We believe that Carlos Báute is the grotesque or right, the cruel and the deaf. When I get out of here I’ll have fuel in my hands. You’ll believe that I am an ocean view but no… (I won’t stop telling the truth).

CRUDO is an excuse for not to dance and to feel a contemporary dancer. We are educated to be on the field and to breathe the air of your nose. We have 22 songs in our hands and open veins. When our parents get out of here will take us to eat rice with ckiken.

22 subjects, bodies, word, noise, text… Some of us can say: “I was a Teen in the 90’s”. We saw and enjoyed it all through the telly, MTV and NME. We adopted naïve rebels as icons & trend and leisure killed them, even we get bored waiting for Y2K, with its promises. CRUDO in 2014 is an excuse to tell and to ask everything, what politics means? Remember the fall of the Berlin Wall, run in front of riot police shouting “Not war” or seeing Twin Peaks from a couch with your parents. We still dream at the speed of Sonic Youth… we are Sailor and Lula… and we were present in those conversations between Cobain and Burruoghs (that was politics!!!), ‘cos Polly Jean Harvey was, is and will be always our muse rather than Nick Cave.

CRUDO represents a risky proposal both form and content. Difficult in the forms since its format placed on the same stage to the public with its 11 performers. And difficult to place content to its director, Ximena Carnevale, because she set off of something as ambiguous and subjective as the “truth”, of their characters/ cast, and framed it in the footprint at all left the 90’s to its consecuences today. CRUDO is a show that brings together the live music from band Three Broken Tapes, Paloma Peñarrubia aka Las Flores No Lloran and Dj/producer kitty soul, alongside a cast of seven dancers, among them the own Ximena Carnevale, the actress Alessandra García or the poet Cristian Alcaraz.

Formed in 2012 from the hand of dancer and choregrapher Ximena Carnevale and Dj/Producer kitty soul. As a creative team, they factured scenic contemporary pieces under one premise: dance permeability with other disciplines. They produce and conduct their own works and collaborate with choreographers and scene directors in other people’s creations. They join with Oigovisiones Association to aim to a common target, spreading their interest and reflections about contemporary culture through Innercia Platform.
+ info