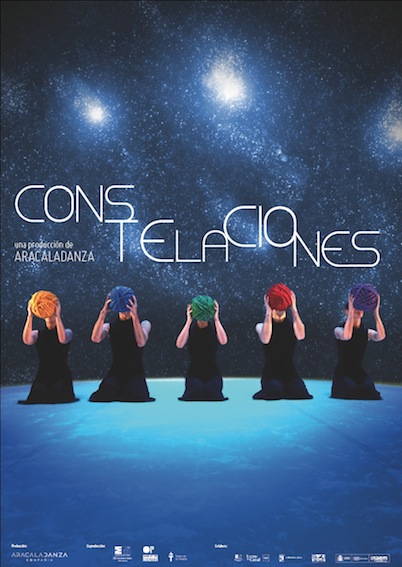 We have been irresistibly drawn to a painter: Joan Miró has entered our dreams; he has tinted our imagination with an explosion of colour, guiding us through a long journey.

Constelaciones is a cocktail made of sensations which have helped us to imagine a universe composed by the images Miró has always defied us with.

Aracaladanza has always trusted the potential of imagination. We consider it a powerful and essential instrument which allows us to change reality. It is, in time of desolation, the beginning of a never-ending pathway which makes the person freer.

Master of colour, Joan Miró fascinated us with the transparency and cleanness of his view.

His creativity allowed him to go beyond shapes and movements; he created a personal language full of light.

His craftsmanship, the result of a life of dedication, allowed him to master a diversity of languages which have endured through time as hallmarks of his commitment.

His uncompromised poetry and imaginary served him to create interpretations which encourage reflection on life.

His Mediterranean spirit convinced us to play again on stage. He made us want to evoke an emotional breath.

Constelaciones has the support of the Ministry of Culture for their national tours.

Take dance, contemporary at that, for child and family audiences, add new audiences to quality and innovation and it is quite evident what you get: Aracaladanza. Since the beginning in 1995 and spurred on by the choreographer and true soul of the project, Enrique Cabrera, the company has become a benchmark for Spanish scenic arts earning the acclaim of both critics and audience. They have been invited to participate at the most important national festivals in Spain and internationally in great theatres and festivals across Europe, Africa, Australia, Central America and Asia. ...
+ info