The Resident Company the Choreographic Center of La Gomera

The Choreographic Centre of La Gomera is divided into two departments to be able to bring attention to Dance and the Body from a sensitive perspective.

​The Choreographic Department and the Pedagogical Department.

The CCG understands the artistic, the cultural, the educational and the social as a common good and reflects on new formulas for qualitative access and quantitatively to a greater number of citizens, paying special attention to the disadvantaged citizen.

Our Dance productions can take place in conventional theaters, alternatives spaces and also in street formats.

They are shows for all audiences. If you wish, we are willing to carry out parallel activities, actions linked to the body in schools, centres for elderly people , people with functional diversity, dance schools and any other group of social and educational context. The artistic and pedagogical team of the Resident Company and the Pedagogical Department of the CCG  is formed by social worker and two dancers with a long and consolidated professional career as artists and pedagogues linked to the arts of movement and the study of the body human in psychosomatic and sociopolitical aspects.

​Director of the Choreographic Center of La Gomera.

Formed in the School of the Royal Ballet of Flanders (Ambéres), María de Ávila School (Zaragoza), Raymond Francheti and Gilbert Mayer of the Paris Opera (Paris).

​Bachelor in Pedagogy of Dance. He develops his international career as a dancer in classic and contemporary companies. He creates his own company in Paris (1993 – 2000).

Parallel to his position as director and choreographer, he continues his training and reflection in the field of pedagogy. Trainer of dance teachers on the theme “the sensation before the form” and the basic founding elements of the movement.

Professor of pedagogy of dance at the Faculty of Fine Arts of Altea in Alicante (2001-04). He currently holds workshops for dance teachers in Professional Conservatories nationwide (Zaragoza, Madrid, Almeria, Murcia …) and for future dance teachers at the Superior Conservatory of Madrid and Valencia Conservatory.

Martín continues to maintain his activity as a creator and interpreter of the Company resident of the CCG, and he is present at conferences, forums and workshops related to the work methodology of the Educational Department of the CCG.

Director of the Resident Company of the Choreographic Center of La Gomera.

​After receiving a solid formation in Contemporary Dance (Technique Nicolais) and Classical Dance (Raymond Franchetti-Opera de Paris), her professional experience leads her to be part of several companies in Paris throughout her career as: Rubeus Danse Compagnie ( Paris) under the direction of Mic Guillaumes; Ballet Jazz Art under the direction of Raza Hammadi and Martín Padrón Danse Compagnie under where she plays soloist roles in choreographies by Matt Matox, Robert North and Raza Hammadi, Jean Luc Leguay, Antonio Gómez and Martín Padrón.

In collaboration with Martín Padrón they have made a total of 12 international productions and Gregory as an independent choreographer today has a repertoire of 7 creations.

Since 2001 he is part of the teaching team of the Choreographic Center of La Gomera and directs the Resident Company of the CCG. 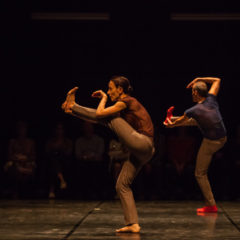 Should they may be 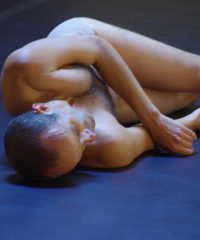