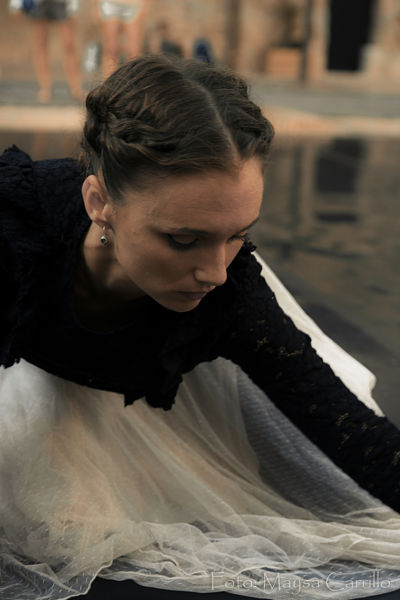 Cavila talks about the expectation, about the self-improvement eagerness. A endless story of fear and hesitation. It proposes to look over the path and reencounters the direction, a liberation, a return to the bases, to a life far from slavery.

It was released in 2015 during Málaga Dance Festival. From them on it has been shown on stage and other in and outdoors locations.

Expectation captures us, mutilates the cromatic spectrum of spontaneity, it squeezes our chest in its falttering breath. And so, kidnapped, we advance through the tedious path of its imprecise edges. Land of castration, it finishes with the surprise that the Universe had kept for us.

Abandoning the expectation means plunging blindly into the unknown, breathing the sulfur of uncomformity, reclaiming the right to watch over the horizon, feeling the embrace of the uncertain and exposing to the inquiring gaze of others.


Dance piece with one performer and 20 minutes lenght. Suitable for all audiences.