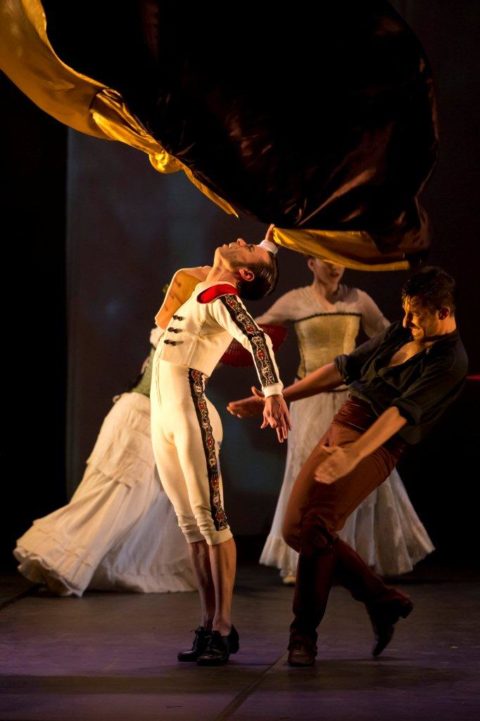 On the 16th of July 2015, the world premiere of the ballet Carmen Vs Carmen took place, choreographed by Manuel Segovia for the Company IBERICA de DANZA, in collaboration with the Spanish Ballet PROART, in the Metropolitan Theatre of the city Querétaro, México as part of the Iberian Contemporary festival.

CARMEN VS CARMEN is a vision of the duality within the female universe, a search for its own destiny without debts to the world. It is the ephemeral passion and the inaccessible eternity. A symbol of the freedom that vindicates its own universe, container of the mysteries of life, a symbol of the collective attributes and values of the human being, a reflexion of the human soul that transcends the body to become immortal and free, beyond death.

CARMEN VS CARMEN is no doubt an exploration of the divine and the human in all of us, an answer to the female world from freedom and for the freedom of the being.

All the characters in Carmen Vs Carmen are dealt with symbolically, thus becoming representatives of collective attributes and values of human beings.

Solo performers (In order of Appearance):

Iberica de Danza Company More than 25 years of hard work are a testament to Iberica de Danza’s prestige. It was founded in 1993 by Manuel Segovia, winner of the National Dance Award for Creation in 2001 and the Villa Madrid Award for Choreography in 2004, and Violeta Ruiz del Valle. The hallmarks of this company are research, innovation, and spreading the heritage of Spanish dance. It is a resident company in Las Rozas, a suburb to Madrid. The company recently held the opening night of their performance Figaro, the Barber of ...
+ info