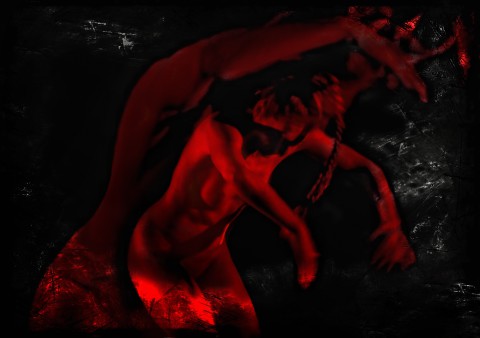 A unique program of dance and multimedia comprising several solos, played for the first time by director and choreographer Alicia Soto accompanied by a “meet and talk” with the public about the creative process.

The solos that make up this show are the result of 5 years of development based on the research of the artist in her performances on the reality-fiction concept, since the creation of “the woman out of memory” until the 2010 performance with “My way, but … who is James?”.

The investigation of this concept leads to build the stage sets, using their own technical means of performing arts programs to reach the multimedia computer. New technologies can create new languages ​​in new spaces.

The reality-fiction is a game of appearance or deception, illusion, giving the impression to the viewer, always from the image, a situation that develops as the show, the reality is another, playing the imaginary, to, most of all, a pro-active public.

The illusion of image, emotion and poetry with a musical setting composed for every moment and using minimal scenography assets, but effective, with the nakedness of the body is the proposal of “2 or 3 questions that closes a cycle of research, inviting the public to a conversation.

Result of this creative evolution, “2 or 3 questions” is an adaptable show. The theater, the hall, the festival or the museum receiving the work, can build the program to their artistic and technical needs. Where the public takes the stage, hall, etc …